Over the last few years, many competition cases have involved markets that were, on the face of it, competitive and where profits overall were not excessive. Nevertheless competition authorities considered that consumers – or at least some of them – were getting a bad deal. The common theme of all these cases is that competition somehow took the wrong form, leading to price structures that were somehow inefficient and requiring correction.

For example, the UK Competition Commission’s market investigation into the provision of payment protection insurance involved services provided by a large number of firms, which at first sight seems to rule out that any of these suppliers could have enjoyed a position of dominance.1

The multiple and long-running investigations of interchange fees in payment card systems link the existence of such fees (and their level) to agreements that are alleged to be anti-competitive (without establishing how such systems could have worked without some default rule for how different banks would settle transactions involving their respective customers).2

In all these cases, competition authorities seem to have been concerned by finding prices for particular services (e.g. the provision of payment protection insurance, or the provision of merchant acquiring services) that were in excess of their underlying costs. This in itself was seen as both an indicator of competition problems, and a potential source of inefficiency and loss of consumer welfare that needed to be addressed.

However, even leaving aside the problem that measuring costs might often be tricky, the fact that prices exceed costs does not necessarily provide a reliable litmus test for a restriction of competition.

In some cases a difference between prices and costs does not imply inefficiency or welfare losses, and even where it does, there is no automatic case for intervention. Focusing on price-cost margins as a diagnostic tool for competition problems might be sensible in many circumstances – but that does not imply that it is always right.

Although it looks simple, comparing prices and costs is not necessarily straightforward. In particular the textbook notion of (long-run) marginal costs that competitive prices should ultimately approach does not necessarily provide a reliable benchmark – let alone one that is easy to apply. 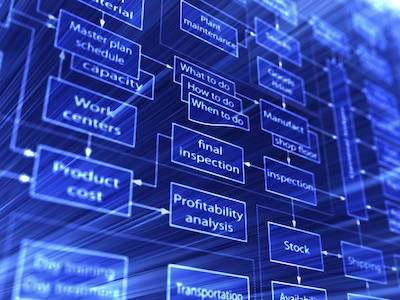 This is obvious in the case of goods that are produced jointly, i.e. where increasing the output of one good automatically increases the output of the other (though not necessarily in strict proportions). A refinery turns crude oil into a whole range of products, and it may be possible to measure marginal costs for a group of products – but these marginal costs do not provide any guidance as to how the prices of fuel oil and petrol should be set. Common costs of running the refinery need to be recovered from the buyers of all of its products, and the way in which this should happen is determined more by demand conditions than by underlying production costs.

A tale of two markets

Closely related to the case of joint production is the case of so-called two-sided markets, i.e. markets where the supplier serves two customer groups at the same time, and where attracting more business from one group affects (and usually increases) the attractiveness to the other group. Examples of such two-sided markets abound. Newspapers and magazines serve both advertisers and readers; telecommunications firms serve both their own customers, and those who want to contact them. In these cases, one group of customers cannot be served without also providing services to the other, and there may often be no meaningful way of identifying the costs of serving one or other group on its own.

Of course, one can measure the costs incurred in gathering news, turning them into copy, and printing and distributing papers. But if these newspapers also carry advertising, are they really produced, printed and distributed only in order
to serve readers? Is not at least some of this cost incurred in order to produce audiences to advertisers? And is the fact that newspapers may be distributed for free (or at a cover price far below the clearly measurable cost of supplying papers to readers) an indication of lacking or distorted competition? Quite clearly not.

Indeed, economic efficiency does not require that prices be set to costs for all products in two-sided markets. Offering services to one side at a notional ‘loss’ may be perfectly efficient, and even a highly skewed pricing model where one side picks up most of the cost and the other side receives services for free (or even at a negative price, e.g. in the form of added benefits thrown in) is not necessarily cause for concern about efficiency.3

In two-sided markets, there is no reason why prices charged to each side should equal the cost of ‘supplying’ that side. Such an alignment is neither necessary for efficiency, nor should it be expected to be the outcome of competition.

As has been demonstrated in numerous models, there is equally no presumption that effective competition will lead to the pricing structure that maximises welfare – but this is a very different point to which we will return below.

Another contentious issue in the field of antitrust economics has been the exercise of market power in so-called aftermarkets. This refers to cases where customers need to buy complementary products sequentially (e.g. razors and blades, printers and toner/ink cartridges, or photocopiers and consumables). Where the secondary components are proprietary (e.g. proprietary toner cartridges), customers may be locked in to a particular supplier as the result of having made a purchase decision in the primary market (e.g. by purchasing a particular printer).

In the wake of the US Supreme Court’s landmark Kodak decision4, detailed analysis of the issues involved has shown that, in broad terms, suppliers may indeed be able to charge supra-competitive prices in the secondary (i.e. maintain the price of razor blades or toner cartridges above the level that would result if these products were supplied competitively) regardless of whether they face competition in the primary market, but that competition in the primary market will nevertheless tend to push down prices for the primary product and eliminate economic profits in the supply of the system of primary product and secondary product. Being able to exploit customers in the aftermarket creates sharp incentives for attracting them in the first place, which means that any profit that might be made from those customers will be competed away in signing them up.

Systems competition will lead to the correct pricing structure if customers are sufficiently homogenous, are fully informed and consider the full cost of the primary and secondary product (e.g. the life-time cost of using a particular printer) when making their purchase decision. If customers are myopic, they may be tempted by low prices for the primary product, but then pay higher prices for the secondary product.

This may lead to some inefficiency (e.g. printers being used too little because of a higher cost of consumables) and have distributional consequences (i.e. intensive users ‘subsidising’ occasional users), but even if it leads to prices for the primary product being too low, and prices for the secondary product(s) being too high compared with the first-best outcome, the resulting inefficiencies may be small5 and the welfare effects may be ambiguous.6

Effective systems competition will eliminate excessive profits, but it will not necessarily result in a close alignment of the prices of individual components with their underlying costs.

A variation on the theme of aftermarket competition is the case where customers may treat the decision to buy additional services as a secondary purchase decision even if the two products are not intrinsically complementary. Various insurance services offered alongside a primary product are good examples, ranging from extended warranties for electrical goods through travel insurance to payment protection insurance.

In these cases, there may often be no need to purchase the ‘secondary’ product from the same supplier (or at the same time) as the primary product, but owing to customers’ decision-making processes there is a strong tendency to do so. The perceived lock-in by the customer – or more accurately the reluctance to shop around for the secondary product once the purchase decision for the primary product has been made – leads to the same incentives for suppliers as in the case of aftermarkets. Competition focuses very much on the primary product, with any ‘excess profit’ that might be made from selling the secondary product at a price above cost being competed away at this stage.

Again, overall profits may not be excessive, even though individual prices may not be closely aligned with costs, and the sophisticated customers may be receiving benefits at the expense of the more naïve ones.

Correct me if I’m very wrong

What the scenarios discussed so far have in common is that even with effective competition one may observe substantial differences between prices and some notion of underlying costs. In the case of joint production and two-sided markets, these differences may be perceived rather than real in the sense that they are based on some notional cost of supplying a particular group of customers, which often is not a meaningful notion of marginal costs at all.

In any case, there is no guarantee that competition in the provision of products that involve multiple complementary components (i.e. product ‘systems’) or competition in two-sided markets will necessarily lead to the ‘right’ structure of prices even where economic profits overall are competed completely away.

However, this in itself does not provide justification for intervention. While it is very easy to demonstrate that certain features of a market will in all likelihood lead to a price structure that is inefficient, it is very difficult to establish what the efficient price structure would be.7

Moreover, unless the pricing structure is grossly distorted, the welfare losses and inefficiencies associated with individual prices being ‘wrong’ are small.

This means that the potential gains from trying to correct distortions will often be limited. Moreover, they may only be realised through intervention that can achieve the ‘right’ structure of prices with surgical precision. Given the complexity involved in these cases, some caution seems to be appropriate, however. Competition authorities may be hard pressed to improve on prices that have been established by commercial managers with years of experience in meeting customers’ needs, even if these managers may face incentives that are somewhat distorted.

First, do no harm

Not knowing with any degree of precision what the ‘right’ level of prices would be is one problem. Not knowing what to aim for makes intervention difficult. But even if the objective is clear, many of the remedies available under competition law may be far too blunt to achieve the necessary correction. They have been designed for dealing with competition problems – e.g. for limiting the creation of market power and preventing its abuse, or dealing with threats to competition from agreements between competitors – rather than for making surgical strikes to re-adjust price structures.

In some cases, there may be measures that deal with the problem at a structural level – e.g. limiting the extent to which suppliers can tie the supply of the secondary product to the primary purchase. But even those may have unintended side effects, such as eliminating efficiencies that may be associated with bundling and tying. In other cases, proposed measures may smack more of price regulation, protestations to the contrary notwithstanding. Such intervention will lead to prices that are different, but potentially even less efficient.

What can we draw from these seemingly disparate examples?

Unless this can be demonstrated, there is a very real risk that the patient will be worse for the prescribed cure.