A number of recent reports by spectrum bodies draw attention to the importance of spectrum pricing in an environment of liberalisation, technological change and availability of new spectrum that can be awarded. However, beyond stating the objectives for pricing in the case of spectrum scarcity – ensuring optimal use whilst ensuring no distortion of competition – there is no explicit methodology nor any guidance for national authorities on what they should do to meet this ‘optimal use’ criterion.

Where market mechanisms can be used for the award of frequencies, resulting prices should reflect opportunity costs and ensure optimal use. Secondary trading can also help to provide the right incentives – but where secondary markets are thin, and trades are infrequent, administrative incentive pricing will need to be used in order to confront spectrum users with their opportunity costs or realise the value of spectrum for the general public rather than creating windfall gains for spectrum holders.

Setting such prices on the basis of prices that have been achieved in market environments seems to be a good starting point, but a number of adjustments and judgment calls are required in order to arrive at reasonable benchmark valuations.

The market, and the next-best thing

Demand for radio spectrum – predominantly frequencies that can be used for providing mobile voice and data services – has been growing rapidly and is now outstripping supply, often by a large margin. Massive growth in the number of consumers using mobile devices such as smartphones and laptops, and a rapidly increasing range of spectrum-hungry applications that users wish to access on the move, are responsible for this. And growth is set to continue; IDATE recently forecast that there would be a 33-fold increase in mobile traffic by 2020.

EU telecoms rules state that where spectrum demand can be met by supply, prices for licences to use such spectrum should be set at a level that covers the (administrative) costs of the licensing process. However, where there is excess demand, national authorities may set prices at a level that reflects the need to ensure the optimal use of this spectrum. Given current and forecast demand the issue of pricing of spectrum to ensure optimal use is becoming increasingly important, even though more spectrum is becoming available for licensing.

One approach that has gained considerable traction with national authorities in the past fifteen years is the use of auctions for the award of scarce spectrum. Such market mechanisms determine both the efficient distribution of spectrum amongst interested parties and the opportunity cost of spectrum being awarded to specific operators. Provided that competition in these auctions is effective, the prices paid should reflect opportunity costs, and spectrum should go to those who can use it most effectively.

Auctions deal of course only with newly awarded spectrum, and even if licensees initially pay the opportunity cost, this may not ensure that spectrum is used efficiently on an on-going basis. Matters are even worse in relation to spectrum that has been awarded in the past, perhaps on the basis of a beauty contest, where spectrum holders have little incentive to consider that the frequencies they are holding might more efficiently be used in some other way.

This is where spectrum trading comes in. The opportunity to sell spectrum to another user means that spectrum licensees should regularly assess whether it is profitable for them to continue to use the frequencies or sell them to somebody else. This means that spectrum users are exposed to the opportunity costs of their use, and – provided secondary trading works effectively – they will have an incentive to hang on to their spectrum only if it is efficient to do so. However, secondary trading only works effectively if there is a sufficient number of buyers and sellers, but not if the market is rather illiquid, and trades are few (which seems to be the case in practice so far). This means that spectrum trading may not be sufficient to expose spectrum users to opportunity costs. And even if it did, the value of spectrum that has been awarded administratively rather than through a competitive auction would then be realised as a windfall gain by spectrum users rather than as the value of a public resource for governments. This means that there is a need for setting some spectrum licence prices administratively to reflect opportunity cost. In order to implement such administrative incentive pricing (AIP), it is of course important to be able to identify to what frequencies such pricing would need to be applied, and to establish what the market value of spectrum would be, i.e. to work out how much the spectrum would be worth to the next best user or in the next best use. This is a complex task.1

What did the neighbours pay? 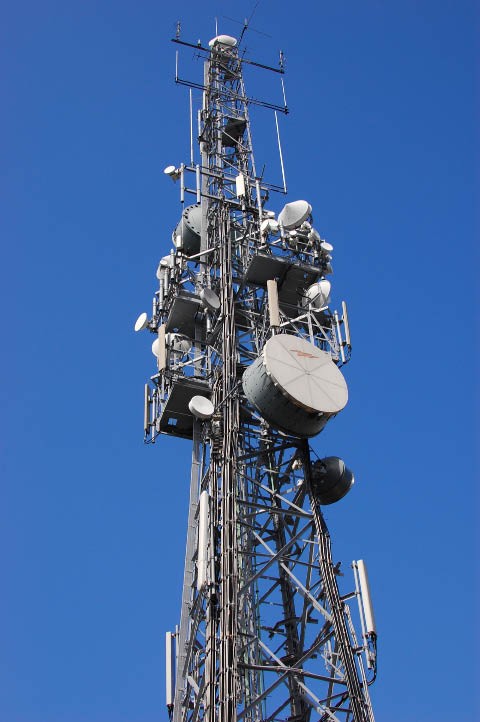 Given the number of spectrum auctions that have now taken place in addition to a small number of private transactions, licence prices achieved in such market environments may be considered a good starting point for calculating market-based prices for spectrum licences. However, there are a number of complications that need to be resolved.

The first one is whether it is it useful to consider all prices achieved in awards of similar spectrum, or to limit attention to only those which have been determined in an environment of scarcity/and or competition. Using all prices means that one can use a relatively large dataset, which may however include data points that provide a limited amount of information about the opportunity cost of spectrum. For example, consider the informational content of an auction with little or no excess demand where licences were awarded at the reserve price. Unless the seller had been spot on in setting the reserve price at the level of opportunity cost, the price achieved does not tell us anything about the actual value of the associated spectrum. By contrast, excluding uncompetitive award data may limit the amount of data available for analysis, but deliver a data set that more accurately reflects the willingness of operators to pay for spectrum. Using this approach requires a certain amount of information about the circumstances surrounding the benchmark awards in order to be able to refine the dataset to be used for analysis.

The second complication is that there is a host of factors that are likely to affect value and differ across awards, such as timing of the award process, market conditions, demographic and geographic characteristics (such as population density and urbanisation) that affect build costs, and a range of licence-specific factors (such as the amount of spectrum awarded per licence, the number of licences offered, and their duration).

Ideally, one should control for all these factors when using price data from other awards in order to establish a benchmark for the value of spectrum under consideration. For example, historic prices may be inflated because of the dotcom bubble in 2000/2001. Historic prices may also be the result of a degree of scarcity brought about by a combination of a lack of usable spectrum, and operators jostling for position. Whilst demand for spectrum in bands that are suitable for providing advanced mobile services has been growing fairly steadily over time and growth is forecast to be high over the next number of years, within a 5-year period availability of both low and high frequency spectrum will have increased substantially in most countries, with the award of two new bands of spectrum, the 800MHz and 2.6GHz bands. Assessing the degree of scarcity and excess demand is therefore potentially tricky.

Moreover, there is a shift towards the award of licences on a liberalised basis (i.e without any limitations on the technologies that have to be used, or the services that have to be offered). In the EU, spectrum in the 2.6GHz band (the 3G expansion band) and the 800MHz band (the digital dividend) has been (or will be) offered in many countries on a liberalised basis. The Amending GSM Directive and associated Commission Decision, requiring the liberalisation of usage rights linked to spectrum in the 900MHz and 1800MHz bands, removes existing restrictions on frequencies in these bands.3 This means that one needs to make further adjustments to prices for previously awarded spectrum for any increase in value associated with removing these restrictions.

Another concern when trying to compare like with like across a diverse set of market prices for spectrum is that some licences come with coverage obligations or are in some ways restricted.

Consider first coverage obligations. Most spectrum licences have a requirement to use the licensed spectrum to provide some minimum level of coverage (in relation to area or population). Such obligations are not necessarily binding as operators may wish to achieve a higher level of coverage in pursuit of their commercial objectives, and they might have been imposed to provide a safeguard against the risk that operators might find it more profitable not to roll out to the required level. Such safeguard obligations are unlikely to affect spectrum value, but once the obligation exceeds commercially attractive levels, the cost of meeting them decreases the value of the licence to the licensee.

Owing to the differences across countries in terms of geography, population and population density, the coverage that national operators will wish to provide based on commercial considerations will vary. Therefore, a judgement needs to be made about the level of discount that might be included in prices achieved in a market environment, and about the level of discount that might be appropriate for spectrum with particular coverage obligations attached. In practice, however, these effects may be of limited importance other than for licences with very high, universal service-type obligations placed upon them – predominantly individual licences for spectrum below 1GHz (i.e. in the 800MHz or 900MHz bands).4

A similar issue is that of licence restrictions that may be imposed in order to protect adjacent uses. An important case in point is the 800MHz band, where owing to the use of adjacent spectrum for television broadcasting, there will be restrictions on the use of spectrum at the lower end of the band in many EU countries for some time to come. In some cases, it appears that the impact of these restrictions will be significant. Again, correcting for such restrictions when determining benchmark values on the basis of prices achieved in the market, or when applying prices administratively, will require some judgment calls.

Last but not least, when setting spectrum prices for a reasonably long time period (e.g. annual fees for the next ten years), one needs to be mindful of the uncertainty that surrounds the opportunities that exists within the mobile market and how that will affect demand for, and the value of, spectrum:

In summary, where market mechanisms are not feasible for determining spectrum prices, existing licence prices determined in competitive market environments are a good basis for setting licence prices administratively. If they are adjusted and refined correctly, they can provide a helpful market benchmark for the value of different types of spectrum.

Eimear Sexton is a Managing Consultant at DotEcon.