Regulation of gas, electricity and water supply each have their own complications, but the product being supplied is fundamentally unchanging over time (at least since town gas was replaced by natural gas). Innovation occurs, by lowering supply costs rather than changing the fundamental characteristics of the product.

For a time, telecoms regulation enjoyed this happy stability too when the only product was voice calls. However, we now have successive generations of improving data communications products with shortening product lifecycles.

A decade ago, most domestic and SME customers would have been using analogue dial-up modems, with ISDN lines being a recent innovation for “power users”. However, ISDN connections were soon replaced by broadband, whether through ADSL or alternative infrastructures such as cable. Now we are seeing the initial stages of fibre to the home (FTTH) deployment in urban areas.

This continuous cycle of innovation and replacement creates great benefit for consumers by improving the functionality of services. However, how does one
apply the standard regulatory toolkit to such situations? Do we need to worry about excessive prices for new products, or are these an acceptable spur to innovation? How do we assess pricing for products in their senility when there may be no sensible notion of the replacement value of the assets involved, as no-one would now deploy such a service? I would suggest that, in these circumstances, any attempt to apply standard regulatory approaches needs to be tempered by much humility, as the answers are much less clear than you might first think.

Deployment of fast broadband (so-called next generation access or NGA) has brought the issue of incentivising new products to the fore. Even incumbents need to dig up the street and lay new infrastructure for this to happen. Traditionally, telecoms regulation has been concerned about investment incentives, but primarily those of alternative providers competing with incumbents. For instance, access pricing based on long run incremental cost (LRIC) has been concerned about providing incentives to bypass the incumbent only where efficient, and to piggy-back on existing infrastructure otherwise. However, now we have a fundamentally new situation, where there are no existing wires to regulate.

Regulators are currently grappling with this issue. Investment in NGAs is risky and sunk; there is no guarantee that consumers will pay extra for faster services or any certainty around when (or indeed, if ) new applications and services might emerge to drive bandwidth demand.

The combination of uncertainty and the irreversibility of investment creates strong “wait and see” incentives that need to be overcome for NGA deployment to occur. Waiting until the situation is clearer is not necessarily a prerogative only of dominant firms without competitors snapping at their heels, but may be a rational response even in situations where there is potential competition to be the supplier of the new service.

Traditional LRIC access prices are based on an implicit notion of replicating pricing in a contestable market. This is simply inapplicable to these situations. Where investments are sunk and risky, even a competitive market will not see entry up to the point where returns are eroded to the bare cost of capital. There may be too little investment if access prices force returns below what would be earned in a competitive market with no entry barriers other than the natural frictions created by uncertain, irreversible investment.

The European Commission has shown signs of taking these issues into account in various versions of its Draft Recommendation on Next Generation Access. In particular, there is now the notion that there could be a “risk premium” factored into access pricing. However, there are other issues that we need to think about in this new world.

Should access seekers get a discount for a long- term “take or pay” access deal that shares some of the network provider’s risk? If there are technologies that better allow sharing of new networks (e.g. running multiple fibres or optical multiplexing with different users using different coloured light) is there sufficient incentive to build these, if providing flexibility means holding possibly unused capacity?

Getting incentives right for new investments is attracting much interest and debate. However, regulation should also be judged by how well it treats the old and infirm, as even the shiniest new product today will dull and eventually reach the end of its life and judging by recent examples, that might not be far away). Investments in new products and services also rely to a large degree on margins earned in the mature phase of their life, not least as they may need to be ‘penetration priced’ to get new services adopted in the first place. Anything that depresses returns over this mature phase will affect incentives to innovate in the first place.

What makes matters complicated in telecoms is that there is a general background of strongly growing demand for bandwidth. Therefore, although a service may be close to the end of its life, there may still be new customers coming along. This creates an obvious difficulty for fresh investment to support this new demand, as it creates an ever-shorter window of opportunity to recover investment costs.

Regulation has the potential to alter the incentives for migration significantly. In particular, where the current generation of products is regulated, there may be an obligation to supply at a particular price.

This may undermine migration, especially if there is any subsequent reduction of the regulated price, which could boost demand for a product with no future and inefficiently shift resources away from developing the next generation. This is the essence of the current debate in the UK about the pricing of ISDN services. 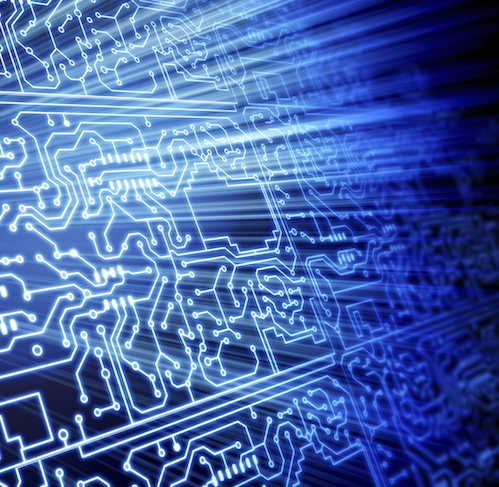 This is a commodity market with competitive supply. However, the “fabs” that make the chips need to be of very large scale to compete, and they represent a massive sunk investment. There is a fairly predictable doubling of the capacity of memory chips roughly every 18 months (e.g. 32MB becomes 64MB and so on). As well as there being short lifetimes for each product generation, there is strong demand growth. This can lead to the somewhat odd situation that the price of one generation can sometimes rise towards the end of its life. This is because investment diverts into the next generation as the payback horizon for the current generation is too short. However, there is still growing demand for the current generation, but supply stops growing. This pinch leads to high prices for the old product, despite this being a competitive sector.

What this example shows is that if regulation is to mimic competitive outcomes, then we cannot be too prescriptive about what those outcomes might look like. Where there are generations of products supplied through lumpy, irreversible and risky investments, there is a wide variety of possible price dynamics. Holistic thinking is needed about how pricing from cradle to grave affects innovation incentives.