The recently completed Swiss multi-band auction can justly be regarded as a success: one of the most complex award processes has produced a spectrum allocation that allows all bidders to innovate and deploy new technologies while safeguarding existing services. At the same time, many commentators were put off by the fact that bidders acquiring similar spectrum portfolios ended up paying rather different amounts. Whilst this might appear at first blush to be a major flaw, the outcome simply puts the spotlight on the incentives created by the auction design, and the tension that could exist between efficiency and uniform pricing.

When the Swiss Communications Commission at the end of 2008 decided to offer all spectrum suitable for the provision of mobile services in one go, the path was set for one of the most complex spectrum auctions held to date. 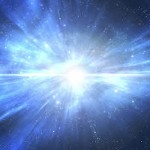 The frequencies on offer covered five different bands and would become available at different dates from the beginning of 2013 to the end of 2017. Spectrum would be offered in small chunks, allowing bidders to assemble whatever spectrum portfolio they needed to continue their existing business and plan for the future deployment of new technologies.

While this gives bidders maximum flexibility in terms of how they meet their spectrum needs, it also means that the value of individual blocks on offer depends on what other spectrum a bidder expects to win. Because new technologies benefit from larger amounts of contiguous spectrum, and because spectrum in different bands is needed for coverage and capacity, there were likely to be synergies across the individual frequency blocks on offer, both within bands and across bands. This meant that bidders could be exposed to so-called ‘aggregation risks’: if they failed to acquire all the spectrum they need for a particular deployment scenario, they might be left with a rather severe dent in their business case, like someone who tries to put together a jigsaw puzzle and finds that one or two pieces are missing.

In order to remove this risk, the auction format had to allow bidders to bid for packages of frequency blocks. They would only ever win a usable combination of blocks and would not face the prospect of ending up with an incomplete combination of blocks and pay more than its worth. For this reason, the Combinatorial Clock Auction (CCA) was the obvious choice. The auction was eventually held in February 2012, and was successfully completed within two and a half weeks. All bidders managed to leave the auction with comprehensive and future-proof spectrum portfolios. The main objective for the award process had been achieved.

A fly in the ointment?

But the outcome also has attracted some attention and criticism because bidders who acquired broadly comparable spectrum packages ended up paying substantially different amounts. In particular, the difference in the amount paid by Swisscom and Sunrise for broadly similar spectrum portfolios has variously been described as an indication that the CCA is susceptible to strategic bidding or a major design flaw because the format does not guarantee uniform or comparable prices.

This critique is however misguided. Uniform pricing, or ensuring that bidders pay comparable amounts is not an objective of the CCA. On the contrary, the major selling point of the CCA is that it supports outcomes that do not require (or imply) uniform per-lot prices because such prices would be incompatible with efficiency.

Consider a very simple example with two bidders competing for two identical spectrum blocks. Assume that their valuations are as shown in the following table.

Bidder A values one block at £4m, and two blocks at £12m. The bidder benefits from synergies – the value of two blocks is higher than twice the value of a single block. Bidder B, by contrast, places a high value on the first block, but has a low incremental value of the second block.

The efficient outcome – the one that generates the highest value – is to give one block to each bidder. This produces a total value of £13m, compared with at most £12m from giving both blocks to Bidder A.

Consider the case of a simple clock auction in which bidders nominate the number of blocks they would like to acquire at a price announced by the auctioneer. If there is excess demand, the price increases, and the auction ends when demand from the bidders can be satisfied with existing supply. Assume that bidders at any given price bid on the number of blocks that gives them the greatest surplus (that is the maximum difference between their valuation and the amount they would pay).

Bidder B will bid on two blocks up to a price of £1m, and will then drop back to bidding on one block only. At this price, bidder A would still wish to acquire two blocks. It will continue to bid on two blocks until the price reaches £6m, and then stop bidding completely. The auction ends, Bidder B wins one block for £6m and one block remains unsold – clearly not the efficient outcome.

What about the standard simultaneous multi-round ascending auction? Here, bidders make bids on individual blocks at block prices announced by the auctioneer. The price of a block that receives more than one bid goes up, and a new round takes place. If a block receives only one bid, the bidder who has made this bid is standing high bidder and wins the block if the auction ends. If two bidders have bid on a block, one of them will be chosen at random to be the standing high bidder. Bidders cannot increase the number of blocks on which they bid as the auction progresses, and standing high bids from the previous round are counted as bids in the current one.

A farewell to efficiency

Of course, Bidder A may be aware of this risk and may decide to drop back to bid on one block as soon as Bidder B bids on only one block, i.e. at a price of £1m. In this case, both bidders enjoy a surplus. Similarly, in the clock auction Bidder A may expect that it will ultimately not be able to win both blocks, and rather than winning nothing at all may drop its demand to a single block at a price below the one-block value, ending the auction there and then.

Such an outcome looks fairly attractive from the perspective of bidders. They enjoy a higher surplus and avoid overpaying. However, reducing demand in order to keep prices low poses a substantial threat for efficiency. For example, even if Bidder A had a valuation for two blocks of £20m and it would therefore clearly be efficient to award both blocks to that bidder, the bidder is clearly better of settling for a single block at £1m if it expected that it would take a price of £8.5m or more per block before Bidder B stopped bidding. Uniform per-block pricing discourages competition for incremental spectrum because each bidder has an incentive to try and keep prices down. In particular where the number of bidders is limited, this means that the auction process becomes completely ineffective as a mechanism for finding out who values spectrum most and can make best use of it.

The truth, the whole truth and nothing but the truth …

The CCA gets round these problems by allowing bidders to make bids on multiple packages, knowing that they would win at most one of them and pay the minimum amount they could have bid to achieve this outcome. This does away with the requirement that winners pay the same price, and provides strong incentives for bidders to make bids that reflect their true valuation. It removes the risk of over-paying, and encourages bidders to bid for additional blocks without fear that they would drive up the price they have to pay if they ultimately had to settle for smaller packages.

So let’s go back to the simple example above. Assume that both bidders submit bids for one and two blocks respectively at their valuations. The auctioneer determines the combination of bids with the largest total value that can be accommodated with the given supply, taking at most one bid from each bidder. By definition, this produces an efficient outcome. The auctioneer then establishes the lowest amount that each bidder could have bid and still won. This is the minimum amount that the bidder needs to pay to win over competing demand expressed in the bids of other bidders. Giving one block to Bidder A means that Bidder B has to be denied the second block, so Bidder A pays the difference between Bidder B’s bids for two blocks and the bidder’s one-block bid, that is £1m. Similarly, Bidder B pays the difference between the two-block bid and the one-block bid made by Bidder A, i.e. £8m. Although both receive the same, one pays eight times as much as the other (though both pay less than the amount of their bid and so enjoy a surplus).

If the additional value that Bidder A puts on the second block is greater than the value that Bidder B bids on the first, and it is therefore efficient to award both blocks to Bidder A, the CCA will produce this outcome. Bidder A can safely express this additional value in the difference between its one-block bid and its two-block bid knowing that it will not affect its own price should it end up winning only one block. Of course, the bidder will in this case have to pay a price that reflects the cost of denying Bidder B two blocks (i.e. £10m), and this keeps the bidder from over-stating his willingness to pay for two blocks in order to increase the price that Bidder B might have to pay. For example, Bidder A in the above example might consider making a two-block bid for £14m in order either to win the two blocks, or to make Bidder B pay more. In this case, Bidder A would indeed win the two blocks, but be left with a surplus of £2m rather than the £3m it would have enjoyed from truthful bidding. Similarly, the bidder cannot increase its surplus by reducing bid amounts – if it wins, the price it pays is not affected by the amount of his bids, so by reducing bid amounts the bidder only runs the risk of losing altogether.1

The example, though very simple, highlights a number of points:

In light of these insights, the results of the Swiss multi-band auction should look less surprising. They do not suggest a defect in the auction format, but rather highlight the way in which the CCA aims at efficiency, and the way in which valuations may differ substantially across bidders. They are simply the consequence of the valuations expressed by bidders for different spectrum portfolios.

Some may still consider such a result to be unfair, but given the importance of efficient spectrum use, an outcome with similar prices could have had a huge efficiency cost.