At the recent Chillin’ Competition Conference, Commissioner Vestager spoke about direct intervention to correct excessively high prices. This is something that the Commission has not done as a matter of course – not least because it does not want to set itself up as a price regulator. However, citing a number of examples, Commissioner Vestager said that there are cases where competition authorities need to do their bit to deal with excessive prices. One of the examples was pharmaceuticals.

At first glance, it might seem that the issues in the pharmaceuticals sector simply reflect the well-understood tension between competition law and the temporary monopolies created by intellectual property rights, such as patents, as reward for successful innovators.1 However, competition problems in the sector appear to crop up mainly after patents have expired. Often, the much-expected competition from generic versions of out-of-patent drugs simply fails to materialise.

In some cases, this is because of ‘pay for delay’ deals2, or the result of de-listing drugs from prescription channels prior to the publication of a generic name to prevent the generic product from appearing on computer systems used by GPs to issue prescriptions.3 Competition authorities should be well equipped to deal with such cases.

In other instances, however, generic competition simply does not emerge. De-branded, generic versions of medicines make it to the market after patents have expired, but prices mysteriously go up – sometimes dramatically – without generic competition providing an effective check.4 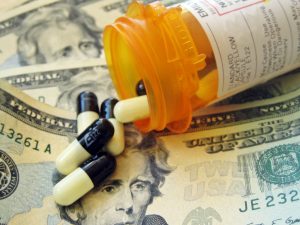 There may be many reasons for lack of competition from generics in particular cases, such as insufficient scale, complex manufacturing processes or therapeutic requirements that go beyond a specific molecule. What is surprising, however, is that abusive pricing becomes more of an issue after the effective monopoly period has expired.

The reason for this seems to be that too much faith is being placed in the effectiveness of generic competition, and safeguards that are effective during the period of the patent no longer apply after expiry. For example, in the UK the National Health Service Act 2006 provides for powers to put in place a scheme to limit prices of, or profits accruing from health service medicines. This is currently done through a voluntary scheme agreed with the industry body (the Association of the British Pharmaceutical Industry), the 2014 Pharmaceutical Price Regulation Scheme (“PPRS”). However, the PPRS does not cover products without a brand name (i.e. generics).

The Department of Health raised this issue in September 2015, and there was a consultation about whether these problems should be addressed as part of a statutory scheme. However, the government decided not to limit the prices of generics but to work closely with the CMA, amend legislation to enable government to limit prices should it be necessary and to collect more information, not least because some responses suggested that “action in this area could lead to product withdrawal and supply shortages.”

No doubt, the often complex reimbursement rules (such as the UK Drug Tariff) don’t help when it comes to putting effective controls on the price of drugs, and trust in effective generic competition is sometimes misplaced. Where a ready supply of generics fails to materialise, reliance on case-by-case intervention from competition authorities may not be the best way of addressing excessive pricing. Even if competition action ultimately succeeds in addressing the problems, the cure taking effect is often painfully slow. The UK case has been running for more than three years now, with a decision expected by the end of this month, and the Italian competition authority imposed its fine more than two years after the price increases were put in place.

Perhaps some streamlining of reimbursement rules and safeguard caps that prevent price increases for drugs moving out of patent would be a more effective way of dealing with abuses of market power in cases where – for one reason or another – there is limited scope for competition from generics.

DotEcon has provided support in damages claims for losses suffered as as a result of anti-competitive conduct in pharmaceuticals markets, and has also undertaken a study for the OFT evaluating the impact of the OFT’s 2003 market study on the retail pharmacies market.