At this year’s Mobile World Congress, Vodafone’s Vittorio Colao set the tone for later speakers – including Google’s Eric Schmidt – with his complaints that investment in 4G networks was at risk of being undermined by excessive regulation of mobile. Without missing a step, the redoubtable Neelie Kroes twittered that she was calling Colao’s bluff and looking after Vodafone’s customers. What are we to make of this battle of the big beasts?

In the UK, mobile operators have received two recent setbacks:

Whilst both interventions follow after very significant debate – in the case of MTRs for over a decade and following a recommendation of the European Commission that MTRs be regulated at pure LRIC. Therefore, these are not casual or unconsidered decisions.

In the case of MTRs, the battlelines were most recently drawn on whether regulation at pure LRIC is appropriate – the EC’s position – or whether there should be a mark-up to recover some common costs (so-called LRIC+) as contended by the mobile operators and the regulatory position prior to Ofcom’s latest decision.

I do not consider that there is any incompatibility whatsoever between the LRIC+ approach to MTR regulation used in the early days of mobile and the current move to pure LRIC. Each was appropriate to the circumstances in force at the time. When mobile was entirely about voice services and penetration was growing strongly, callers to mobile phones enjoyed a benefit from the development of mobile networks and the increasing mobile subscriber base. Being able to contact someone immediately wherever they were created an incremental benefit relative to calling a fixed line. A contribution to common network costs through the termination rate (i.e. LRIC+) could be justified on efficiency grounds.

However, the situation now is quite different. There is largely full penetration of voice services and the future is about data. There is no efficiency reason that voice callers to mobile should be contributing to building 4G networks, as they are not receiving any improvement in the service they are receiving.

With an increasing variety of competing networks and piggy-backing ‘over the top’ services, we need a network-neutral and future-proof approach to regulation of voice services. Voice services will always be with us, even if they become less relevant for operators’ bottom lines. The enormous potential for mobile internet, especially for economic development in areas such as sub-Saharan Africa, does not suddenly make fundamental competitive problems such as MTR setting go away.

In a world of diverse competing networks, moving to pure LRIC becomes the only workable long-run solution for MTRs. The difficulty with LRIC+ is that voice callers from other networks fund improvements in network functionality and new services that benefit mobile subscribers. Mobile operators serve the interests of their customers, who are usually quite happy if those calling them can contribute to paying for the latest bells and whistles. The EC’s recommendation on pure LRIC eliminates this problem at a stroke. 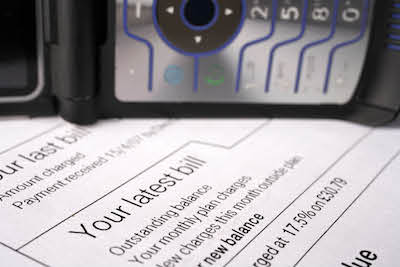 Turning to NTS calls, we again find a fundamental competition problem arising from organisation of the supply chain. Service providers (such as banks, helplines and breakdown services) use NTS numbers to provide access to their services. They pay to make their services accessible to callers through the termination charge – which may even in some cases involve the terminating operator hosting the service provider paying the originator for terminating a call.

Mobile operators in the UK have set high prices (in some cases as high as 40p a minute) for calls that would be free from BT’s fixed lines (as various regulations on BT’s retail prices within the NTS framework do not apply to other operators). This is almost a mirror image of the termination problem. We can think of service providers as needing to access subscribers on the originating network operator, who has bottleneck control. The originating operator may be able to extract much of the benefit that its subscribers enjoy for using NTS services by raising retail prices, even though that benefit to subscribers derives largely from the activities of the service provider. At the same time, this undermines the essence of the NTS system – to allow micro-payments to service providers thorough predictable retail prices – as retail prices may vary greatly according to the originating network (as X-Factor voters should be aware if they take account of the health warnings on calling from non-BT networks).

This situation led to BT introducing a novel termination charge arrangement for NTS calls, where the wholesale charge per minute increases with the average retail price of the originating operator, providing a countervailing incentive to moderate prices. Ofcom considered that this was unreasonable, leading to a protracted legal dispute that BT eventually won at the CAT (though this is still subject to on-going appeal on various points of law). In the meanwhile, Ofcom itself launched a wide-ranging enquiry into regulatory solutions to these problems.

Therefore, for both MTRs and NTS calls there are fundamental competition problems arising from the two-sided – originator and receiver – nature of voice calls. However, the other revenue threat facing mobile operators is tighter regulation of roaming charges. Here the economic issues are completely different and the case for intervention far less strong.

Roaming services are both bought by and consumed by the mobile customer. Therefore, there is potential for competition for roamers between mobile operators to constrain prices, unlike MTRs and NTS calls. We have seen mobile operators offering add-ons to lower call prices when roaming and negotiating deals for corporate customers. There are some issues about poor incentives for foreign networks to lower their wholesale charges due to roaming networks not being able to direct their traffic to a particular network perfectly, but these problems have diminished over time; there is potential for bilateral or multilateral deals between operators to cut through this problem.

Nevertheless, the European Commission remains concerned about the compatibility of roaming charges with the ambition of a single European market. Following intervention on retail prices for voice, retail data charges may be next in line following a proposed review of the Roaming Regulation; wholesale data charges when roaming are already capped.

Obviously the costs of calling from London to Edinburgh will not increase if Scotland becomes an independent country. However, we must also recognise that mobile operators recover the fixed and common costs of their networks from a variety of different customers by marking up the prices of services above marginal cost. Roamers are more likely to be business customers, heavy users or just plain richer. Therefore, competition may lead to these customers facing relatively larger mark-ups, which may be efficient.

The difficulty here is not a structural competition problem arising from a vertical supply structure. Rather, the worry is that many consumers may be only occasional purchasers of roaming and are uninformed about price, leading to little competitive pressure on roaming prices for most customers even if some get good deals. There may be some merit in this argument, but we need to be clear that intervention is then based on consumer protection or a broader socio-political objective of EU market integration. Here I have some sympathy with the mobile operators that such an intervention needs to consider the costs too.

Mobile operators do not compete call-by-call, but rather customer-by-customer. Lowering margins on certain call types reduces the incentives to discount the headline prices that customers most care about. This is the ‘waterbed effect’. Higher prices for other services may well be the result of interventions to correct excessive margins elsewhere – such as on termination and NTS calls. However, this is not good reason to present those interventions as if they are simply correcting distorted prices.

In the latest UK MTR dispute and subsequent press comments, some mobile operators have argued that the waterbed effect will lead to sensitive customers being priced out of owning a mobile phone. However, this argument has to be taken with a large pinch of salt for exactly the same reason that operators’ objections to roaming regulation contain a grain of truth. Mobile tariffs are highly optimised, with differentiated tariffs aimed at distinct customer groups. Through experiment, analytics and intuition, mobile operators have managed to create elaborate pricing structures that allow them to recover the fixed and common costs of their operations whilst minimising the impact on particular customer groups in terms of discouraging usage of services or ownership of phones. The trick is to spread the burden of paying for networks widely and take from each customer group according to their ability to pay.

For this reason, if margin contributions from one service fall, then this should be made up through increases elsewhere that fall across a broad customer base. If one customer group were uniquely chosen to bear an additional burden, this begs the question of why that group was not already paying a bit more and other customers a bit less, as this would appear to be a competitively superior strategy. This argument that tariff optimisation tends to equalise the price-responsiveness of different customer groups proved influential with the Competition Commission.

The essence of this argument is that pricing flexibility maximises consumer benefits and that competing operators will do what they can to keep customers on their networks and using services. However, if that is the case, we also need to consider the impact of the loss of pricing flexibility that results from tight roaming regulation. The socio-political objectives may be worthy, but we should always ask about the economic cost.

Dan Maldoom is a Partner at DotEcon.
DotEcon provided expert testimony on behalf of BT in both these cases. The views in this article are made in a personal capacity.