Extrapolation is fun! The third stage of the US incentive auction of 600 MHz spectrum has not brought the process to an end – aggregate bids in the forward auction of around US$ 19.7 billion were substantially below the US$ 40.3 billion needed to compensate broadcasters for clearing 114 MHz of spectrum. But it has given us a third data point…  And with it an irresistible temptation to draw a little diagram. 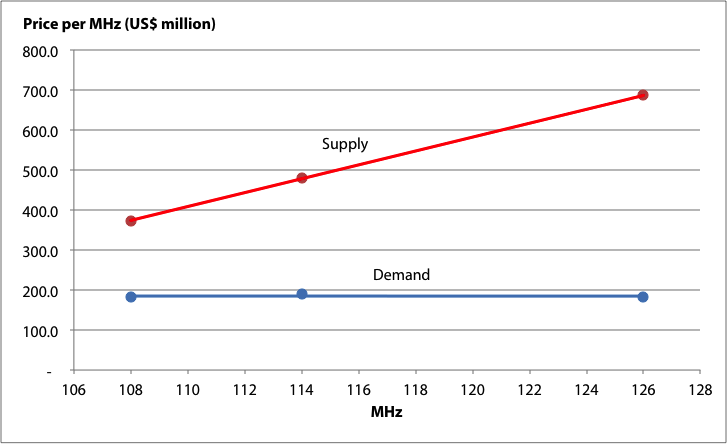 Simply extrapolating from these neat straight lines suggests that the market could clear with around 96 MHz of spectrum being repurposed for mobile data use.  This depends of course on the assumption that: