Attracting more than 800 million users in the space of eight years is quite an achievement, but Facebook is looking forward to being amply rewarded for this when it goes public later this year. With capital markets expected to value the company between US$75bn and US$100bn, social networking quite clearly demonstrates the power of network effects. However, it is worth bearing in mind that platforms need to maintain a delicate balance between the interests of their various users in order to prosper, and that mere size may not be all it is made out to be.

The power of network effects

Network effects (often called network externalities) have been a major focus of economic research over the last 30 years and have played an important role in policy analysis and antitrust.

Network effects describe the fact that the value of a product or service to an individual customer depends on the number of others who also buy the product or service. All so-called platform businesses that provide ways of their customers to interact with each other – from telecommunications networks to trading platforms – are subject to network effects. These effects may be rather direct – there is little point in being the only person with a telephone – and even though the number of people with whom any one Facebook user might wish to communicate is small (certainly when compared with the total user base), with overlapping circles of friends a larger network makes it more attractive because it makes it easier for everybody to co-ordinate. Often, the most powerful network effects are however more indirect and stem from interaction between different types of customers of the platform, for example between audience and advertisers in advertising funded media. A larger network is more attractive for developers of applications or advertisers, and therefore attracts more investment in product development and innovation. Platforms with such indirect network externalities are known as two-sided or even multi-sided markets in the economic literature. Social networking sites such as Facebook benefit from both direct and indirect network effects.

Topsy-turvy on the global village square

Social networking sites provide a platform both for users to interact with each other, and for advertisers, application developers and purveyors of digital merchandise to reach their target audience. If the Internet has turned the world into a global village, they are the global village square, where people meet, socialise and shop, where advertisers put up their billboards, and where purveyors of digital merchandise set up shop. Their internal structure can be complex, with a broad variety of types of users, a mixture of relationships, and widely diverging costs and benefits enjoyed by the members.

Ultimately, the firms operating those social networks aim to be government, central bank and owner of all the real estate all rolled into one. They lay down the law of the land (in the form of membership rules, including rules about the use of information collected from their users), collect taxes (membership and usage fees), provide virtual currencies (such as Facebook Credits), price advertising space and virtual shop fronts. Some of them even issue passports that can be used to prove one’s identity elsewhere on the internet – again Facebook is an example, with an increasing number of websites allowing users to provide their Facebook credentials in order to authenticate themselves.

The pricing structure that such networks adopt in relation to their different constituents may often look highly skewed. A common business model – similar to many traditional media – is to make the service free for ‘ordinary’ users and funding it from charging advertisers, who are essentially paying for access to a large (and preferably captive) audience. Such a pricing structure in which one side picks up the lion’s share of the cost of a service and the other side pays nothing (or sometimes even gets a subsidy) is typical for platform businesses, and has been referred to as the ‘topsy-turvy’ principle.1 A striking example is the pricing of Facebook Credits to those who use the virtual currency for buying digital goods, such as games: using Facebook Credits is free for buyers, but sellers effectively pay a 30% transaction charge (as Facebook Credits can only be redeemed by the seller at 70% of the value).

Success of social networking sites depends on providing a rich ecosystem of users and services that is attractive to all, and a skewed pricing structure may be what it takes to achieve such an outcome.

It is not just about attracting a large number of members, and selling the crowd at a premium to advertisers, though. Size alone does not necessarily offer any protection. In the same way that signing up users makes the network more attractive to others, losing them can set in motion a downward spiral that may be difficult to arrest, and size alone does not protect from such danger. The fall from grace of MySpace provides a salutary lesson – the network that looked like a giant compared with Facebook has long since been overtaken and has been haemorrhaging users at an alarming rate, to the point where it now looks like a spent force. Similar fates befell Geocities, ICQ, Yahoo who all were impressively large networks in their prime. Virtual citizens seem to be quite happy to move to another village or a better part of town if the one they are currently using becomes unfashionable.

Such stability concerns underlie the doubts about the scope for Facebook to raise its revenues to the extent that would justify the valuations that are currently discussed. Clearly, mining the tremendous amount of information that Facebook has collected about its users (including data on their preferences and their behaviour) more aggressively would allow the firm to offer a more valuable service to advertisers and e-tailers – but there is the always-present risk of alienating members and losing critical mass. Migration in the virtual world can after all be relatively quick and easy, and once an online community loses its appeal to a broad base of users it may be difficult to stem the tide of members leaving or ceasing to be active.2

Knowing what will work, what might and what won’t is far from easy. The economics of network formation – based on an understanding of the reasons for which individuals want to connect with others, or to break those connections – can be tremendously helpful, and provide a better understanding of what drives underlying network effects, and their strength.3

The ties that bind

Although size and scale may make networks seem almost invulnerable, a careful look at how easily networks can be formed and disbanded is necessary to avoid mistaken conclusions. If ties can be entered into and broken quickly and easily, then attempts to exploit network effects by overcharging users will backfire. If social networks can be formed and re-formed relatively easily, this means that the competitive constraint on any firm involved in organising such a network does not necessarily come from existing competitors, but from the fact that members may find it rather easy to up sticks and set up elsewhere. These may indeed be markets with strong scale economies, driven by network effects, yet relatively low entry barriers – i.e. those in which market power cannot be inferred from size. The money that the provider of a networking platform can make reflects the value it provides to its customers relative to alternative options for organising interaction.

There are of course some costs of moving – avid Facebook users upload their entire life in pictures, and build a large network of friends, all of which would have to be rebuilt on a different platform. Some services may be tailored to make it more difficult to go elsewhere, and integrating more and more services in order to become a one stop shop for all of the users’ needs may help strengthen the ties as well. However, most of Facebook functionalities (photo sharing, chatting, VoIP) and many of its third-party ‘Apps and Games’ are available elsewhere – like the national chains that can be found on every High Street, they are available on every virtual village square. Digital removal services may make it fairly easy to retrieve one’s profile from one network and put it somewhere else. The availability of at least some limited data export functionality is not only driven by tit-for-tat exchanges between internet giants, but may also be increasingly necessary to appease worried regulators.

Thus, the critical driver of valuation is the ability to attract and retain active users, and to make money without weakening the ties. When News Corporation acquired MySpace in 2005, it paid US$580 million for less than 25million users4 – less than US$25 per user. The rumoured valuations of Facebook stand at more than three times that. Facebook is undoubtedly the largest social networking site by a long chalk, and has achieved massive reach pretty much anywhere (with the exception of China). It is constantly pushing new applications to users and has managed to integrate with many other sites and applications on the web. Whether this can be turned into enough revenue to justify that price tag is anyone’s guess. 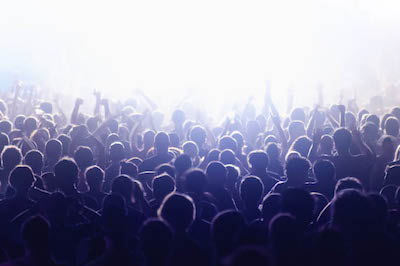