Fibre-to-the-home (FTTH) is expected to be a crucial part of meeting the European Commission’s ambitious Digital Agenda targets in relation to ultra-fast broadband – but roll-out so far has been slow. What is holding back the significant investment required to turn the Commission’s vision into reality? This article looks at some of the reasons why the business case for FTTH is challenging, even if the public policy case for the deployment of such networks is strong.

Perhaps the most ambitious of the European Commission’s Digital Agenda (DA) targets is that by 2020 more than 50% of the population should be using ultra-fast broadband (defined as connections with a bandwidth of 100Mbps or more).1 This implies that such services must be available to a much larger proportion of the population. Even though existing copper networks may be upgraded to achieve substantially higher download speeds than are available at present, it is far from clear if such networks can deliver the required speeds reliably, consistently and in commercial deployments, or provide comparable upload speeds. The performance of such networks tends to diminish rapidly with distance from the exchange, and it depends crucially on the quality of the actual physical copper assets. FTTH networks, by contrast, are far more capable of fulfilling the ambitious ultra-fast broadband target on a sufficiently large scale, offering both a more reliable and consistent service quality and more symmetrical speeds for up- and download.

However, FTTH coverage in Europe is currently low, and is expected to reach only slightly more than 10% of households by 2016 given current roll-out rates.2 With the EU only starting on its way to achieving its target for the use of ultra-fast broadband by 2020,3 the question of what is holding back the significant investments that are in all likelihood needed to meet the DA targets4 is pertinent.

Even if the policy case for the roll-out of FTTH networks is strong, the business case is challenging. The investments required to replace the existing copper access infrastructure are huge, and most of the costs incurred in laying fibre to the home are sunk (i.e. they cannot be recovered by undoing the investment). Furthermore, returns are highly uncertain. The combination of sunk costs and highly uncertain demand (both in terms of take up and willingness to pay for ultra-fast broadband services) makes these investments very risky. Investors thus have strong incentives to wait and see if demand develops, rather than invest now. Add to this the prospect of having returns constrained by regulation, and it is obvious why so far there has been no rush to push fibre into the local loop – in particular where a less costly and less risky alternative has been available in the form of gradually upgrading copper networks. 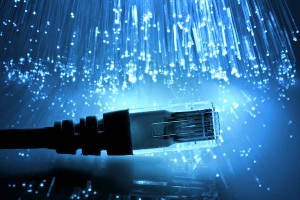 Regulators are of course aware of these concerns, and have considered what they might do to promote the roll-out of next generation access networks. The European Commission has adopted recommendations5 on how national regulators should deal with the fact that such networks require substantial investments, allowing inter alia the inclusion of risk premiums in any access charges for next generation networks that regulators might set. It has carried out consultations on how the costs of such networks should be measured for the purpose of establishing cost-based charges,6 and industry bodies have commissioned research that looks at the appropriate policies for setting charges for copper-based and fibre-based access products.7 Even though there is no strong consensus on what regulators ought to do, the common message is that regulatory policy needs to ensure that appropriate returns are available to investors. This message is echoed in the recent statement by European Commission Vice President Neelie Kroes (the Commissioner in charge of the Digital Agenda) pointing out that “[r]egulatory policy should be an enabler not an obstacle (for investment in NGA networks)” and that in considering appropriate regulatory policy it is important to ensure that market players “[c]an invest profitably in the future connectivity of Europe, and compete on the basis of their investment.”8

However, looking only at regulated access charges and their impact on investment incentives misses the fact that such charges are ceilings, not floors: whether a high fibre access charge is effective in providing an appropriate return ultimately depends on what prices for fibre access are sustainable in the retail market where fibre-based access competes with legacy copper, cable networks and increasingly mobile broadband services.

Whether copper and fibre-based access are close substitutes at the retail level is an empirical matter. What seems to be clear is that from the end user’s perspective technology as such does not matter, and that therefore substitutability depends primarily on whether the connection supports the provision of specific services. Consumers may only pay a premium for fibre if it provides access to services that consumers value highly and that would not be available over copper-based networks (or would be available at a much reduced quality). Without this differentiation, the willingness to pay for fibre-based access is limited by the price of copper-based access. This in turn means that allowing higher regulated access charges for fibre than for copper-based access would not translate into a higher return for fibre investment, and that at similar regulated returns, upgrading copper networks looks to be distinctly more attractive for investors.

The undervalued benefits of fibre

At present, there is some evidence to suggest that consumers are willing to pay more for higher bandwidths when upgrading from basic to fast broadband, though not necessarily upgrading to ultra-fast broadband, and thus it is unclear whether there is a significant fibre premium.9

If customers are not prepared to pay a sufficient premium for fibre-based access products, this may be evidence that there is no economic case for the widespread deployment of FTTH networks, that pursuing the DA targets would be wasteful and inefficient, and that it would be better to dismiss them as lofty ambition.

However, there are many reasons why the limited willingness to pay for higher speeds and more consistent service quality that we observe at present may not be a true reflection of the benefits of fibre relative to legacy copper.

Try before you buy

In the small village of Nuenen in the Netherlands, as part of an experiment subsidised by the government, residents were asked to sign up to a free FTTH service for a trial period. Most of the 8000 households took up the offer in 2004 (representing around 96% take up). Once the free trial period was over at the end of 2005, these services were charged at between €60 and €75 per month, much more expensive than basic DSL and ASDL services available, which were at the time being offered at prices of around €19.95-€29.95 per month. However, despite the significantly higher charges, 80% of Nuenen residents retained their FTTH connection.

Based on “Broadband: Towards Understanding Users” by Trevor Barr, “European telecoms – CityNet Amsterdam: Fibre-to-the-home is becoming a reality”, report by ING.

Consumer valuations may be artificially depressed or distorted for various reasons. For example, end users may not be sufficiently well informed about the difference in service quality that they should be able to expect from fibre networks and may over-estimate the quality of service they get from copper networks (even if fibre is run to the cabinet). Objective performance metrics for access products may not always be available, and there is some evidence to indicate that the ‘up-to’ access speeds on which competition seems to be focused is rarely available to end-users, often without end users being clearly able to establish that they are not receiving what they think they are.10

This would mean that the large difference between the theoretically possible maximum download speed supported by a xDSL connection and the speeds that are actually experienced in commercial deployments have little impact on the valuation of the service, and that the fact that FTTH would do better in terms of delivering the technically possible bandwidth is not translated into higher customer valuation. The experience from pilot projects suggest that experiencing the service quality available from fibre changes consumer’s perception and increases their willingness to pay (see box above).

Perhaps more importantly, current willingness to pay may be limited because services that would make full use of the higher bandwidth of FTTH are not at present available. This of course creates a chicken-and-egg problem: roll-out and take-up of FTTH is limited because the services that would make full use of the network capability are not available, and such services are slow in coming because the potential target market is limited by the limited infrastructure roll-out. The mutual dependency of service development and infrastructure deployment and take-up creates the need for co-ordination between network operators and service providers. Achieving effective co-ordination may require that different business models be explored – e.g. service providers contributing towards the cost of infrastructure deployment in exchange for some exclusive or preferential access to the customers who then get connected.

The limited fibre premium that customers are willing to pay is one of the main reasons that makes the business case for wide-spread FTTH roll-out challenging. Addressing the causes of the current low willingness to pay for fibre and facilitating the co-ordination between service and network development would seem to be an important contributor towards the promotion of FTTH networks, and would in any case be desirable in order to avoid distortions in the market. Therefore, any measures that address the reasons why the full value of fibre access might not be reflected in customer willingness to pay should be pursued.

These may include requirements (rather than voluntary codes) for clearer advertising of broadband services that help customers to understand the benefits of fibre, or ‘try before you buy’ schemes that let users experience these benefits before they decide whether paying for greater bandwidth is in their interest.

Further, given that high-bandwidth content and services will likely be the main factor driving take-up of fibre, the full value of FTTH networks may not be realised unless service providers and network operators can co-ordinate effectively. Overcoming problems that hold back the development of high-bandwidth services could potentially be very effective in driving demand for ultra-fast broadband. Exploring how providers who benefit from better connectivity may contribute towards network infrastructure investment costs thus improving the business case for investment might be a step in the right direction.

Policy makers should of course be aware that such agreements may create their own challenges and may require some concessions, for example in relation to net-neutrality (see next article) a service provider who has contributed towards the cost of investment in FTTH network infrastructure would presumably need to be given preferential access to customers, which might mean some discrimination in relation to the traffic carried on the connections.

Such discriminatory arrangements may indeed be undesirable if considered in relation to network infrastructure that is already in place, but where new networks need to be laid, dynamic efficiency considerations come into play. Commissioner Kroes seems to be aware of this when she states that “[i]f operators can reach a commercial agreement with content and service providers, that’s up to them, I’m not going to stand in their way. Different business models can then compete.”11

In principle, there should be nothing wrong with such agreements as long as any restrictions that the end-user will face as a result are transparent and made clear in advance. This would be consistent with policies that are aimed at providing investment incentives rather than focusing strongly on promoting retail competition on the basis of existing infrastructure, which could discourage the rollout of ultra-fast networks on a sufficient scale to meet the DA targets.

Michael Weekes is a Consultant at DotEcon.

This article is based on a report prepared by DotEcon for the Fibre to the Home Council Europe. The full report can be downloaded from the Council’s web site.