Three’s launch of its new ‘Go Binge’ offer brings zero-rated access to a selection of video and audio streaming websites to the UK. Similar to T-Mobile’s ‘Binge On’ service in the US, which has come under heavy fire from net neutrality advocates, ‘Go Binge’ offers zero-rated access to a selection of services – in Three’s case at present Netflix, TVPlayer, Deezer and SoundCloud. Traffic to these sites will not count towards the customer’s data cap (but the offer does not include any subscription to these services – where applicable, the customer will have to subscribe separately). The offer is available to new and existing pay monthly customers, The plan is the first to zero-rate video streaming in the UK and follows the trend across Europe of increasingly zero-rating data-heavy applications.

‘Go Binge’ came shortly after Ofcom published a report to the European Commission on its monitoring of compliance with the EU net neutrality regulation. Including Ofcom’s assessment of two zero-rating plans1, the analysis may have encouraged Three to go ahead by giving greater regulatory certainty over Ofcom’s application of the principles set out in BEREC’s Net Neutrality Guidelines. These guidelines include one red line for zero-rated offers – plans must not provide continued access to zero-rated content whilst access to other data is throttled or blocked – but otherwise leave national regulators some discretion when assessing such propositions. Though neither of the two zero-rating propositions assessed by Ofcom was directly comparable to Three’s ‘Go Binge’, the way in which Ofcom has looked at these propositions may have provided some comfort. 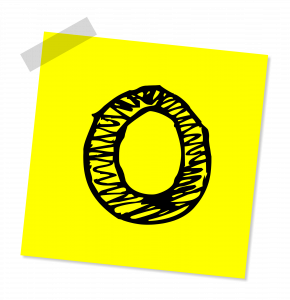 Whilst focusing on net neutrality rather than competition effects, the BEREC Guidelines recommend that NRAs consider market share of the ISPs and the content providers involved. The market position of the network operator and the content providers involved are clearly also relevant factors when looking at the competition effects of zero-rating, as we have highlighted in our report for the European Commission. However, we also indicated that competition concerns would require some form of exclusivity associated with the arrangement, that would lead, for example, to other  ISPs being prevented from offering zero-rated access to particular services. Otherwise, zero-rating offers would seem to be easily replicable and unlikely to distort competition or foreclose markets. When researching our report, we found no evidence of exclusive agreements between content providers and ISPs, and were told that it would be difficult for a content provider to prevent any ISP from zero-rating access to its service.

Three markets ‘Go Binge’ stating that it “teamed up with Netflix, TVPlayer, Deezer and SoundCloud to let you stream shows and music infinitely, anytime, without using up your mobile data – exclusively to Three.”  It’s not entirely clear what is behind this claim – it could simply mean that Three’s service is only available to Three’s customers, which would be neither surprising, nor of any concern. If it means that Three has come to some agreement or understanding with the content providers that would prevent other mobile operators from offering zero-rated access to this content, there could potentially be more of an issue.  Leaving aside whether Netflix would ever want to restrict other operators from facilitating access to its services, or whether there is any effective way of doing so, being the only operator who can offer zero-rated access to the most popular video streaming service in the UK might give Three a competitive edge and leave others behind. And it could become real concern if more services were added to the offer.

It is in this regard that net neutrality principles and competition assessments could clash. Three has suggested that its platform is open to any streaming service that wants to join. This position is popular with net neutrality proponents who are concerned about competition and access in the content market and do not want ISPs to ‘pick winners’.  Indeed, Ofcom noted in its assessment of Virgin Media’s zero-rating of messaging apps that the operator was keen to include more messaging apps. However, if the zero-rating agreement involves exclusivity, then the greater the range of services covered, the greater the potential problem.

This suggests that it matters what is behind claims of exclusivity.  If they are only marketing puff, then there is nothing to be concerned about. If they relate to something more substantial, they might raise concerns. So far, there has been no evidence of any meaningful exclusivity in relation to zero-rating offers (other than perhaps where the content is operator-owned), But exclusivity claims might need to be looked at in addition to the market position of the players involved.

DotEcon (together with Aetha Consulting and Oswell & Vahida) has prepared a report for DG Competition of the European Commission on zero-rating practices in broadband markets.